Daniel had his first encounter with Yoga in 2011 while doing P90x. Admittedly, he was unsure why Yoga was included in a program of such intensity, and was quickly humbled when he realized there was more to the practice than he originally assumed. This caused him to seek out various studios and further his practice.
After relocating to NWI in November 2019, he found Purepower Hot Yoga and immediately felt at home. There, he learned some more advanced poses, transitions, and glimpses into Yoga philosophy, ultimately fueling the desire to get his 200 hr training, which he received from Bhakti Yogshala in 2021.
When Daniel is not practicing or teaching Yoga, he proudly serves full time in the Indiana Army National Guard. Currently in a position where he works with young adults before basic training, he hopes to introduce more of them to Yoga, as a means to not only help better prepare them physically, but mentally as well. 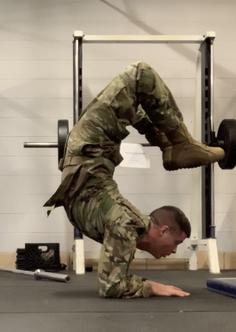